Answer: Metaphysical poetry refers to a type of very intellectual poetry that was common in the 17th century. This type of poetry was known for bold and ingenious conceits, subtle thought and frequent use of paradox as well as the directness of language. Metaphysical poetry, in an etymological sense, is poetry on subjects which exist beyond the physical world.

In other words, it is a type of poetry dealing with abstract or philosophical subjects such as love, religion, God, beauty, faith and so on. But in reality the poetry which comprises the ideas or aspects that – physical love leading to spiritual union or religious, argumentative presentation of emotion, terseness of expression, use of conceit and wit in profusion, skillful use of colloquial language instead of Elizabethan lucid diction with the abrupt opening can be considered to be metaphysical. Originally the term ‘Metaphysical Poetry’ was coined by John Dryden and later popularized by Samuel Johnson and the features of the school which unite the various authors are quite numerous. As well as making widespread use of conceit, paradox and punning, the metaphysical poets drew their imagery from all sources of knowledge particularly from science, theology, geography and philosophy. However, John Donne is the founder of the school of metaphysical poetry and the other practitioners of the type of poetry are Crashaw, Cowley, Denham, Davenant, Herbert, Marvell, Vaughan and Waller.

The most striking quality of Donne’s poetry is the use of metaphysical conceit which is a figure of speech in which two farfetched objects or images of very different nature are compared. It surprises its readers by its ingenious discovery and delights them by its intellectual quality. Such conceits are available in his poetry. Such a famous conceit occurs in the poem titled “A Valediction: Forbidding Mourning”. The conceit reads as:

“If they be two, they are two so
A stiff twin compasses are two;
They soul, the fixed foot, makes no show
To move, but doth, if th’ other do.”

Here in the poem the two lovers are compared to the two feet of a compass. The lover is compared to the moving foot and the beloved to the fixed foot consecutively to show the ideal relationship between them. It is made clear that in this relationship the woman’s part is passive and her place is in the home, while the man’s duty is to move in the world of affairs. She stays in the centre apparently unmoving, but certainly as the outer foot moves around describing the circle, the inner foot moves too, revolving on the point which is the centre. The two, in fact, move in harmony and neither is unaffected by the movement of the other. At first sight such a comparison seems to be impossible but after the discovery of the underlying meaning it delights the readers.

Click Here to Buy the Original Book from Amazon.

Another leading feature of Donne’s poetry is his dramatic presentation that arrests the attention of the readers very quickly. Like other famous poets, Donne has the capacity of opening a poem abruptly adding a dramatic quality to the poem. As we find such abruptness in opening the poem “The Canonization”. The line goes as:

“For God’s sake hold your tongue, and let me love,
Or chide my palsy, or my gout,”

Upon reading or hearing those opening lines, we can easily understand that the poem begins somewhat in the middle of a conversation. Now the more we advance, the more clear it becomes that why the speaker of the poem makes such a request to the unidentified listener.

Closely related to the dramatic directness and abruptness of opening is Donne’s dexterous use of colloquial speech. This dramatic quality is strengthened by its colloquial tone. In the song: “Go and Catch a Falling Star” we can trace such a quality:

“Go, and catch a falling star,
Get with child a mandrake root,”

On perusing the two lines we will see that like many other poems Donne has employed colloquial language to make the poem more lifelike. From the lines it is clear that a conversation is going on between two people.

Through all the love poems of Donne, there runs a belief that physical passion is a good thing and he recognizes the claim of body side by side with the souls. His love poems enhance its attraction and novelty by blending physical, spiritual and mystical love. Although there is a complexity in the poem, “The Ecstasy” Donne deals twin aspects of love – physical and spiritual; love here is concretized through physical enjoyment of sex and then turns in its pure essence, spiritual. The setting of the two lovers provides the physical closeness by their love is enriched by the mutual understanding of their souls and like heavenly beings that influence the actions of men through manifestation. The soul must express themselves through the bodies. The greatness of the poem lies in reconciling the opposites – physical love and spiritual love, the physical aspects of love must precede the spiritual union. Donne’s poetry lies far reconciling dichotomy between psychical and spiritual shifting quickly from the physical to the spiritual fashion.

“She is all States, and all Princes, I
Nothing else is.”

Passion is conveyed in images which are erudite, logical and of an intellectual nature. In the poem, we again see Donne’s ratiocinative style, reasoning step by step towards his conclusion, which in this case, is that love is self-sufficient and unaffected by outside force.

Terseness is another characteristic of all the metaphysical poets. It is true in the case of Donne in particular. And the use of such terseness results in obscurity. Such compactness is traceable in “Go and Catch a Falling Star”.

“No where
Lives a woman true, and fair.”

In the compact idea Donne wants to show that just as it is impossible to catch a falling star in the sky, so a woman with both honesty and fairness is rare to find out as they first seem to be honest but later they are found to be different.

In addition to that, the poems “The Canonization”, “Twicknam Garden”, “A Valediction: Forbidding Mourning”, “Go and Catch a Falling Star” and “The Sun Rising” in one or other way deal with the abstract idea which is most dominating feature of the metaphysical poetry and is a must for this type of poetry.

Donne was the greatest of the metaphysical poets. In some of their poems he was equaled by Vaughan and Marvell and in religious poetry by Herbert. But the body of his work is poetry of a quality which, when compared with that of any other of these poets, is unsurpassed. When his images are understood in their function of communicating a state of mind, and his ideas in their power to give expression to emotion, Donne’s poetry is appreciated for its wit, beauty and perception. In conclusion, considering all the characteristics of Donne’s poetry as discussed above, Donne can be regarded as a true metaphysical poet. Although he was considered a minor poet till the 20th century, he is regarded as one of the major English poets by T.S. Eliot and other major modern poets. 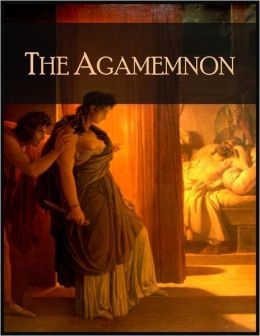 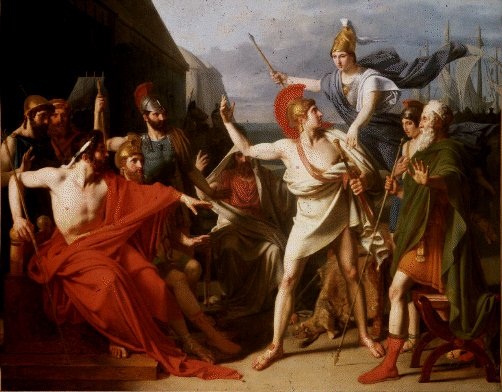